You must have noticed that there is a trade-off between both goods, i.e. as the number of movies increase, the number of dine-outs decrease and vice versa. The rate at which a consumer foregoes consumption of one unit of one product for the other is called the marginal rate of substitution (or substitution ratio).

Following are some important properties of indifference curves:

A consumer’s budget constraint (also called budget line) is a straight line that shows the different combination of two products that the consumer can afford to buy.

Let’s consider Mark again. It he has a total of $200 to spend on movies and dine-outs, this is his budget constraint. If a movie costs $35 and a dine-out cost $20, we can determine his consumption possibilities. If he spends all his money on movies, he can afford to watch 5.7 movies (i.e. $200/$35). Alternatively, if he spends all the $200 on dine-outs, 10 dine-outs are possible ($200/$20). This information gives us two points to draw a budget line. It can be shown that the slope of indifference curve equals the price of a movie divided by price of a dine-out i.e. $35/$20 which in turn equals marginal utility of a movie divided by marginal utility of a dine-out. 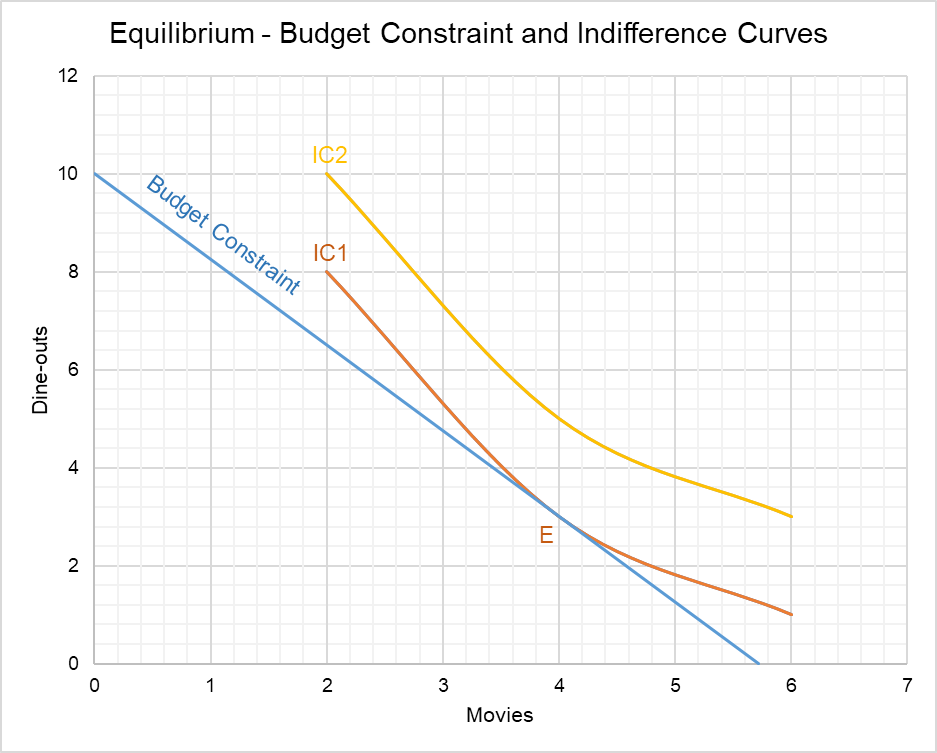 The point at which a consumer’s budget line is tangent to his indifference curve (i.e. Point E) is the combination he consumes.

The indifference curve analysis can be used to explain the substitution effect and income effect.